About Dr. Ruth
When Dr. Ruth Westheimer came on the radio scene in 1981, giving New York callers unflinching advice on love and physical intimacy, she became an immediate — and unlikely — superstar. Tiny at 4’7”, energetic and plainspoken, with a thick German accent and a cheerful smile, “Dr. Ruth” has managed to use her popularity as “America’s sex therapist” to help shape attitudes about healthy sexuality for decades. At age 91, she is as indefatigable as ever, as shown in the new Hulu documentary Ask Dr. Ruth, in which she also reflects on her influences, including Judaism and her experience as a Holocaust survivor.

The only child of an Orthodox couple in Frankfurt, she was born in 1928 as Karola Ruth Siegel. Ruth was ten years old when she lived through Kristallnacht, after which Ruth’s father was taken to a detention camp. Her mother sent Ruth to a Swiss orphanage via the kindertransport for protection. When six years later the war came to an end, Ruth found she had no family left. At 17 she went to Palestine, becoming a sniper in the Haganah; then married and moved to Paris, studying psychology at the Sorbonne; and after divorcing, moved to the United States, alone, to start anew. Here, she would marry twice more, have two children and earn her doctorate in education from Columbia University. She began teaching sex ed, family planning and sex therapy at places like Planned Parenthood, and found she enjoyed helping people embrace healthy sex practices through frank (and often, funny) discussion of taboo subjects, as well as joyful discussion of what strong and safe relationships look like.

“In the Talmud, it says that a lesson taught with humor is a lesson retained,” she has said of her teaching style. And of her lack of embarrassment, “I came from an Orthodox Jewish home, so sex for us Jews was never considered a sin.” Indeed, among the more than 40 books she’d eventually write was Heavenly Sex: Sexuality in the Jewish Tradition, filled with anecdotes from Torah and Talmud about physical and emotional intimacy.

A producer who heard her on the radio was smitten with her charisma, and when Ruth began hosting her own television show, the American public fell in love, too. Her giddy celebration of sexuality made her an anomaly in the ‘80s, during the emergence of the AIDS crisis. Moreover, Ruth used her fame to spread messages of strong support for female empowerment, reproductive agency and LGBTQ rights; in a time when Queer people were considered pariahs due to AIDS panic, she was a rare ally who calmly talked about facts, dispelled myths and encouraged empathy. She attributes her natural alliance with persecuted people to her Holocaust experience: “Because of my background as a German-Jewish refugee, I had a sensitivity for the people who were regarded as subhuman.” 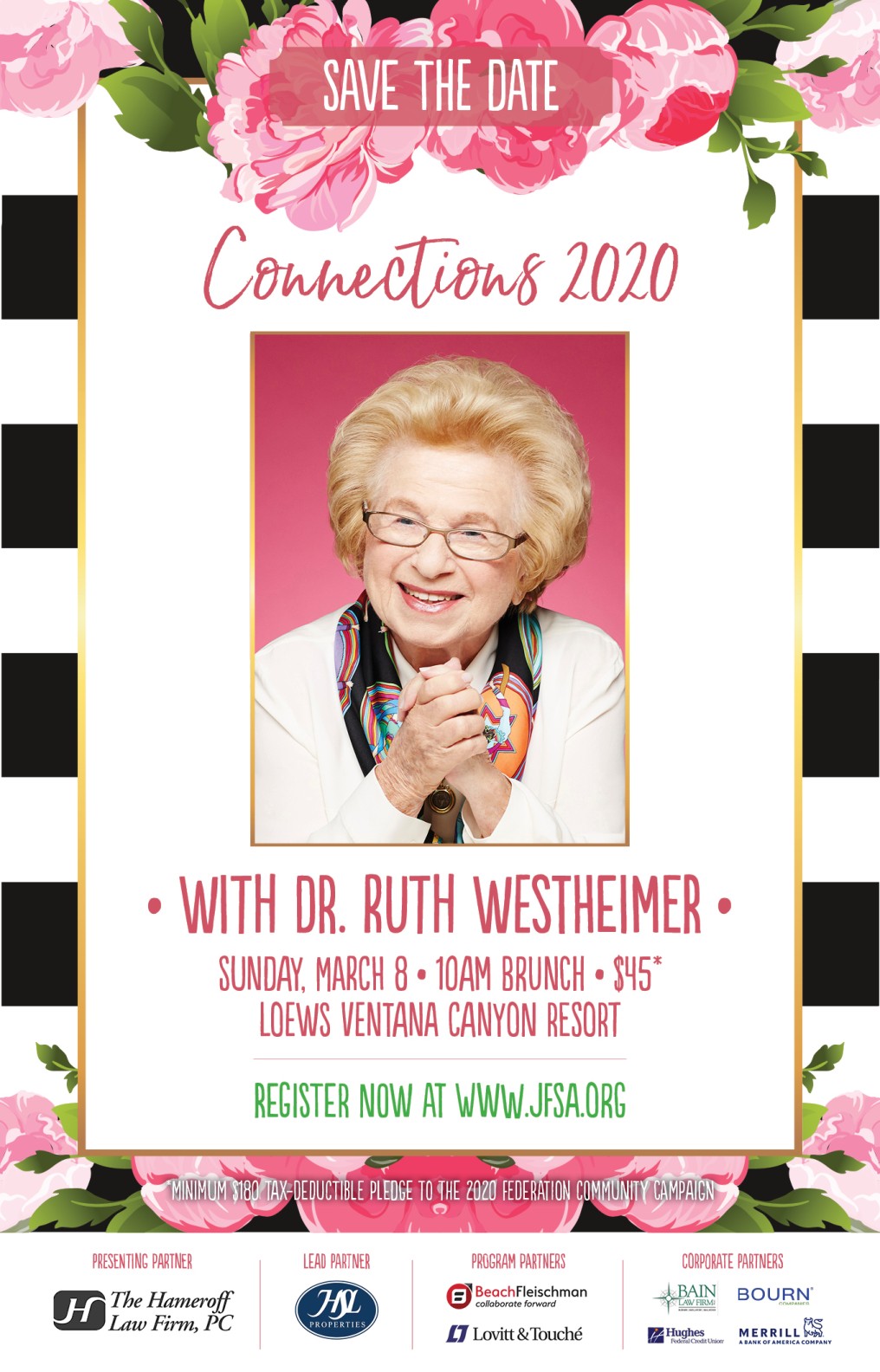